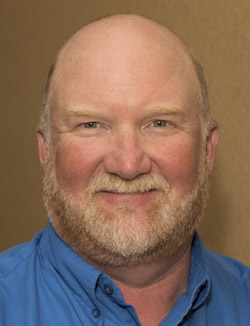 Joe Coons manages LifeFlight Eagle's safety systems in conjunction with its air operator, PHI Air Medical. He also leads the Safety Advisory Group, a multi-disciplined committee that works together to improve the safety of the program. Within his role as Director of Safety, Joe oversees operations in LifeFlight Eagle’s communication center. He also coordinates and hosts the LifeFlight Eagle Safety Symposium in Kansas City that brings air medical programs from all over the nation to share in safety presentations from industry experts.

Joe is heavily involved in industry safety organizations including ACCT, HAI, IHST and their initiatives, and is actively involved in numerous local, state and regional air-medical and safety committees. He recently co-authored a national safety survey of air-medical programs that was published in the Air Medical Journal. Joe has presented about safety-related topics at various conferences and engagements throughout the country, including a power seminar at the 2016 Pinnacle EMS conference.

Joe started his EMS career as an EMT in 1992 and gained his Paramedic license in 1996. He joined LifeFlight Eagle in 2005 as a Flight Paramedic, and became the Safety Coordinator in 2010. In 2013, Joe was named the Director of Safety for LifeFlight Eagle. He is trained in Human Factors, Fatigue, and Root Cause Analysis as well as helicopter operations.
Joe lives in Platte County, Mo., with his wife, Melissa, and their four children.